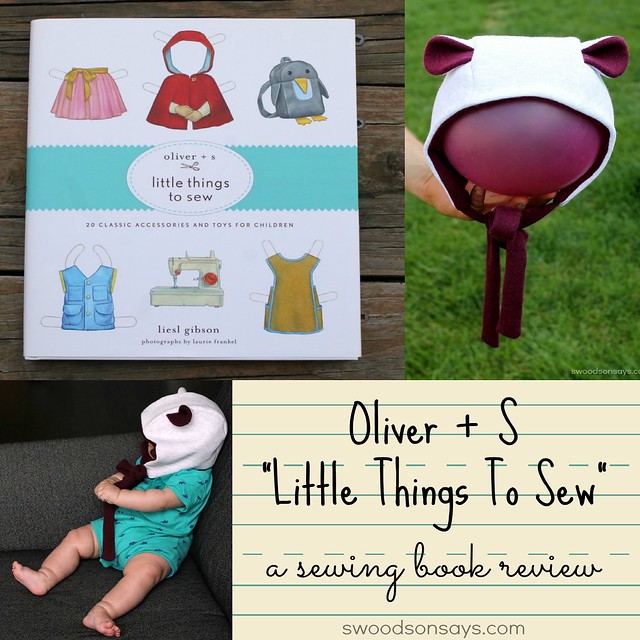 Oliver + S has a great reputation for classic, well written patterns and while I haven’t sewn any of their clothing, I swooped up their book after previewing it at my library. I already sewed up and blogged about these juggling balls, they still get regular play in our house! I thought I’d write up a “formal” review and try another project – this time I’m sewing ahead of season with a cozy winter bear hat for my baby.

I’m reviewing one book a month this year, check out my other sewing/craft book reviews on this page! 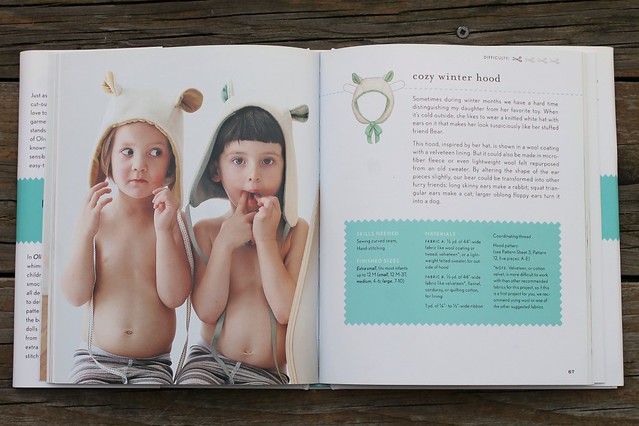 It has four sizes, XS-L, and I sewed up the Small since she has been growing quickly since birth (almost tripling her weight before 4 months old, eek!). The pattern does a lovely job with suggested fabrics – I opted for a sweatshirt fleece on the outside and cashmere from a thrifted sweater for the lining. 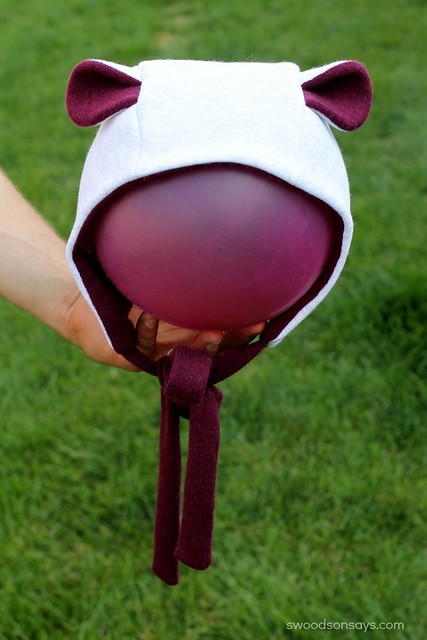 The pattern calls for ribbon, but I opted to just make tubes out of cashmere so they were softer against baby’s skin. 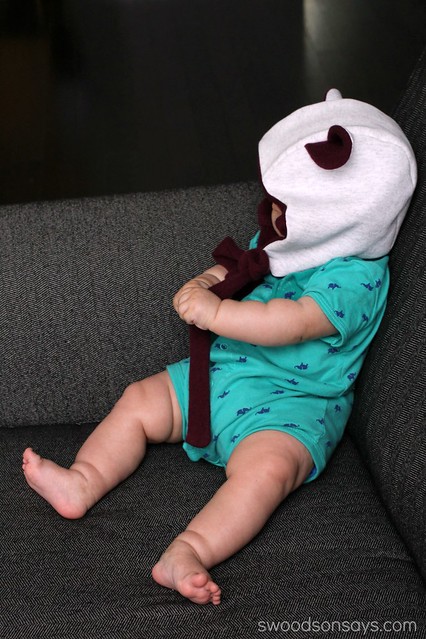 She has some room to grow before winter’s here! The patterns sewed up super easily, the notches made aligning everything a breeze. The pattern suggested hand-tacking the ears so they stick up more but I actually like them floppier, because they remind me  of a hippo. I’ll definitely be making one for my son too!

Judging by the two patterns I’ve sewn thus far, Oliver + S has earned their good reputation. I will definitely be hanging on to this book! 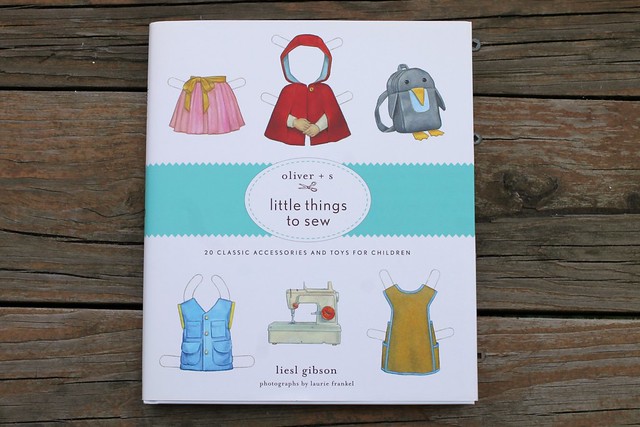 Focus: As stated in the title, sewing projects to make accessories & toys for kids! 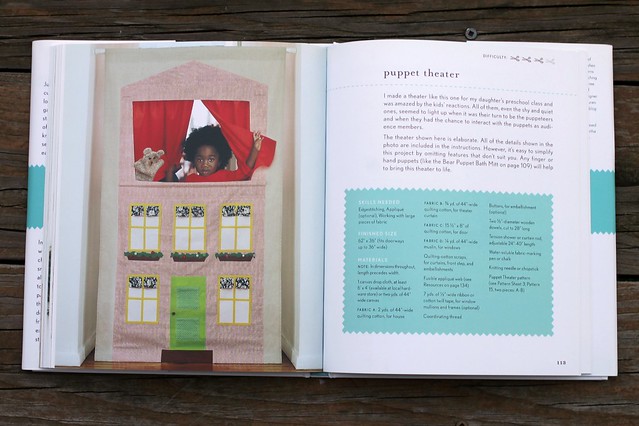 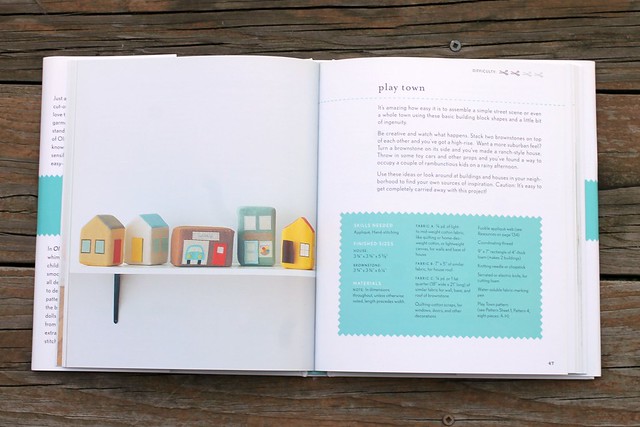 Here is a shot of the technical illustration & pattern page to give you an idea of what those look like! 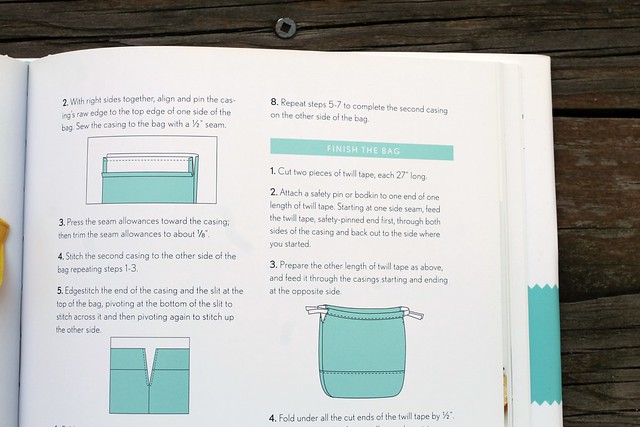 If you like sewing & craft books, check out all my other reviews!

From memory there is an art shirt in that book and it sewed up easily with good instructions and a great fit.

There is one in the book! Good to know - might make a great holiday present :)

Thanks Olu! Haaaaa I know, it's not the ideal photo setting. But it certainly didn't fit MY head, try as I did :)

Holy cats, I love your new hat! Oliver + S has some of the sweetest designs. And I adore their illustrations for things as well. I just haven't had the chance to sew anything up by them yet. Maybe one day!