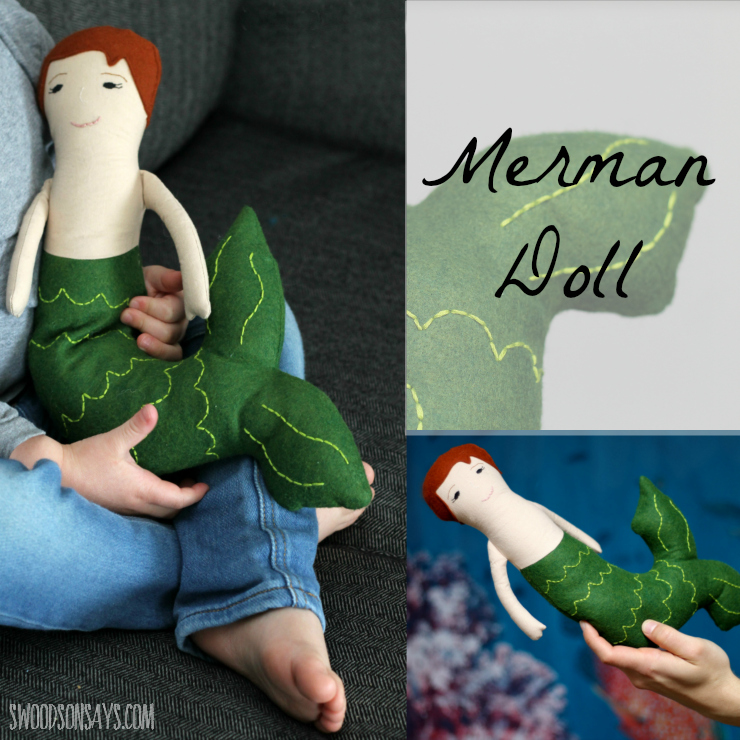 I grew up as an avid reader and loved legends and lore. Carrying around a yellow steno pad, I was always writing stories about unicorns, dragons, and girls with special powers. These days I spend more time reading magical stories to my kids than writing them but I still have a soft spot for make believe! I had so much fun making a merman doll softie as a part of the ‘For The Love of Legends’ tour put on by the ladies at Phat Quarters fabric shop & Crafting Con.

The tour celebrates all those mythical beasts and beings, with lots of cute clothes and softies. There are over 25 participating bloggers – links to all of their work are at the end of the post! 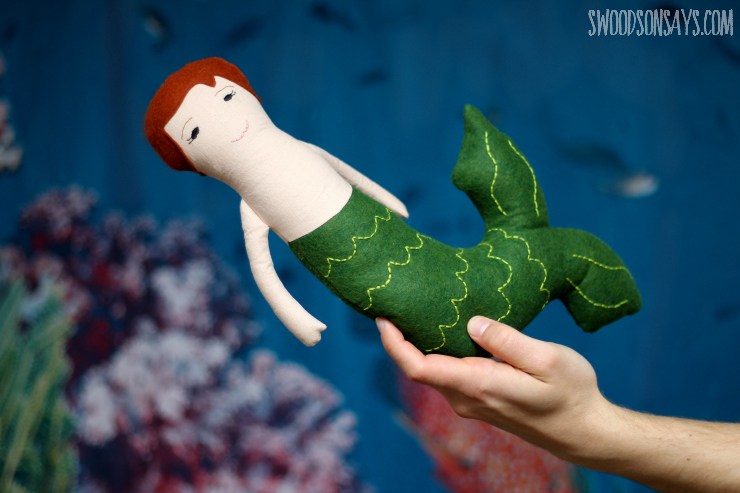 I had SUCH a hard time narrowing down what I wanted to make. Without any fabric that fit the theme, I decided to sew up a softie instead. I spent some time browsing the patterns that are out there – I was especially tempted by this beautiful Selkie Doll from SweaterDoll. I sketched out a centaur, a griffin, a dragon, and a sphinx but ended up going with a very simple merman. 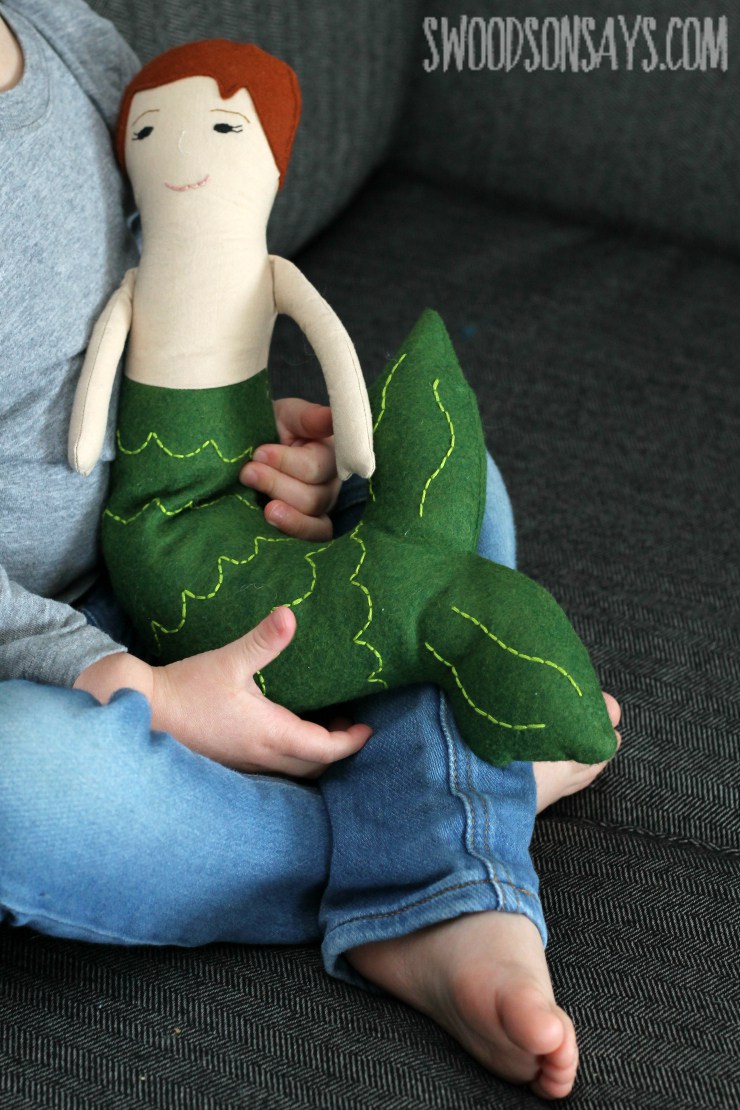 I couldn’t find exactly what I was looking for – floppy arms that were easy to hold on to, a blend of wool and cotton, embroidered details, and able to ‘sit’ as well as lay flat. So I drew the pattern up myself! It was a nice change to just sew, instead of photographing along the way, testing the pattern, formatting the instructions, etc. I haven’t decided if I will offer this as a pattern down the road – but I definitely want to make him some fun accessories. 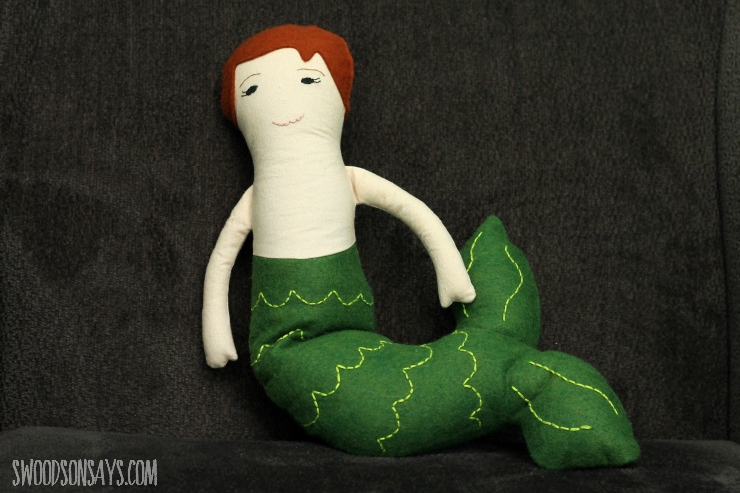 I experimented with sewing a seam along the middle, for ease of bending/sitting, but it looked wonky. I just left a gap in the stuffing in that spot, and will redistribute with my fingers as needed. I like that the doll can “sit” in a chair instead of just laying flat on his back. 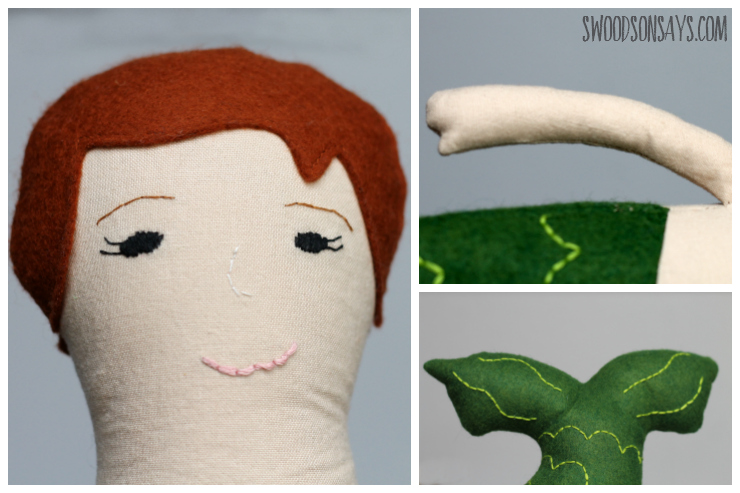 I didn’t initially set out to make a merman, but once I started sketching and thinking about making it look like my daughter vs. my son… I realized they looked about the same! She has just turned one and has pretty much the same hair as he does. They both have long eyelashes and smirky grins! But my son immediately claimed the “fishboy” (apparently we haven’t read enough mermaid/merman stories?) and decided the doll’s gender.

The face and arms are interfaced cotton, with a wool blend felt tail and hair. I embroidered the face and scales, they add a nice tactile element. 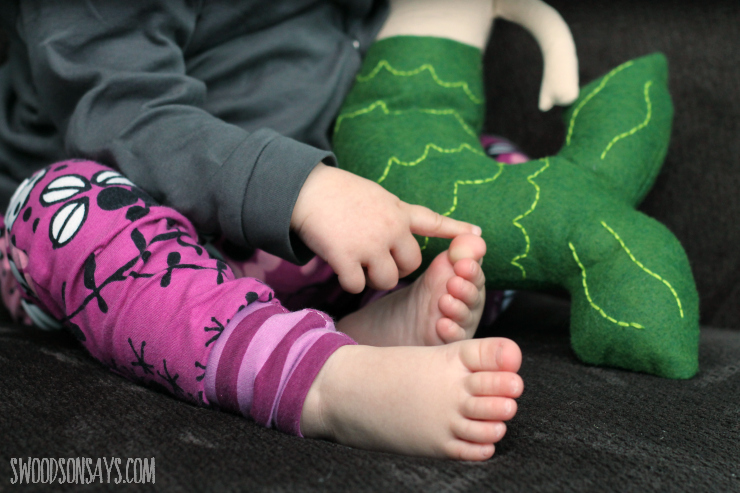 I handed him over to my daughter, who instantly started poking at the tail and then at her feet, saying “Dat?”. Basically the cutest thing ever. She might be checking everyone’s feet from now on, seeing if they are hiding a tail! 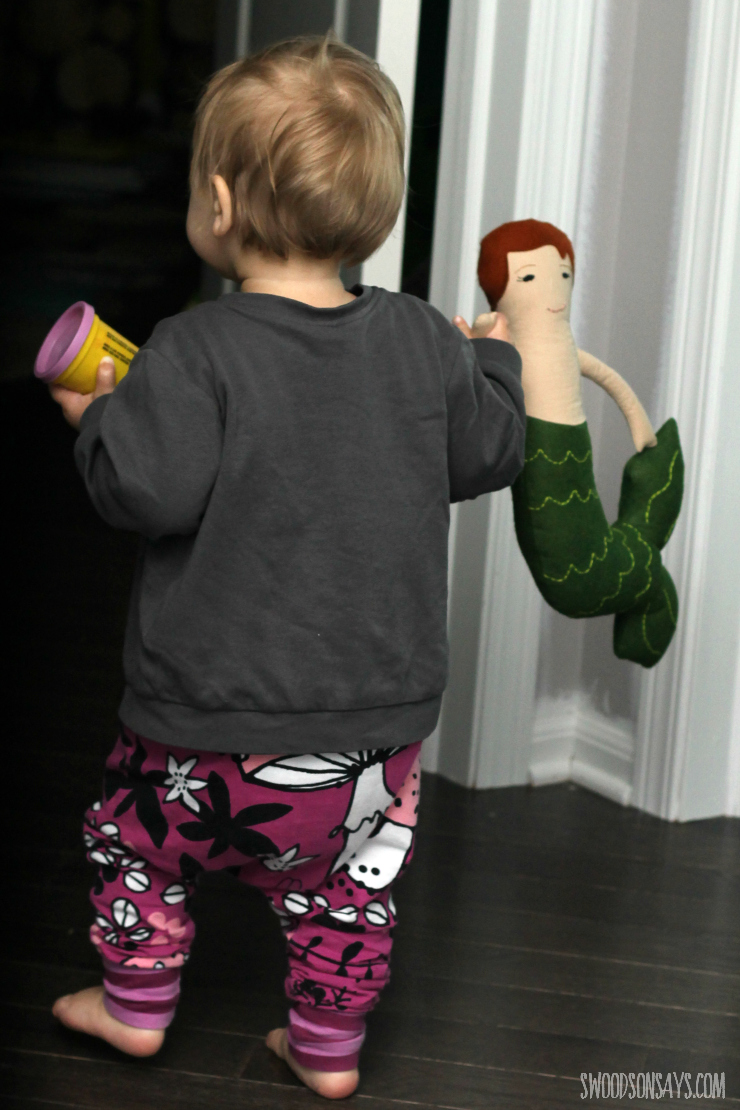 Off he went, over her shoulder, into her brother’s room. Typical. 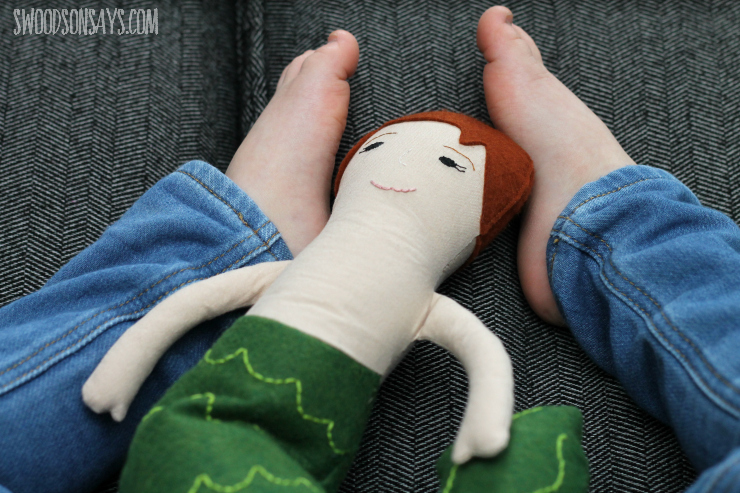 I really love how he turned out, especially for a first draft of a pattern. I am thinking he needs some accessories though – maybe a felt crown? A kelp vest? If you have any ideas I’d love to hear them!

Be sure to keep reading and see more mythical handmades! 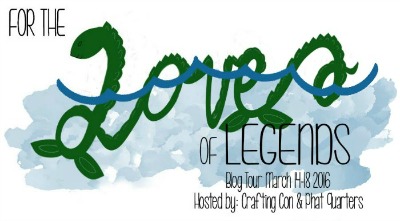 […] another softie pattern. I have been on a roll recently – my kids have been “swimming” their merman doll all around and baby sister has been snapping shots with the Little Photographer’s Camera she […]

Hi Barbara, I'm sorry, I don't sell what I sew. There are several on Etsy that are ready to buy! Good luck!

I so need one of these for my 3 yr old grandson!!! He has been wanting a mermaid boy all year I have searched high and low to no avail!!! Plz tell me you sell them and I can have by Christmas!!!!!

Hi Sherry! I am so sorry, but I do not sell them, I just sewed this one and my kids love on it! I did find a few on Etsy, did you check there? Here's an affiliate link to the search that pulled up a few :) http://tidd.ly/ae0593e7

Thanks for reading! Stephanie

Great idea! I love that you made a male version. Ariel's father, King Triton, must have started out as a "merboy."

Brilliant, of course he did! I need to rewatch that movie :)

This is so so sweet!!