(this post may contain affiliate links, which means I get a small % back if you purchase after clicking, at no cost to you- refer to 'legal stuff' in the menu for more info) 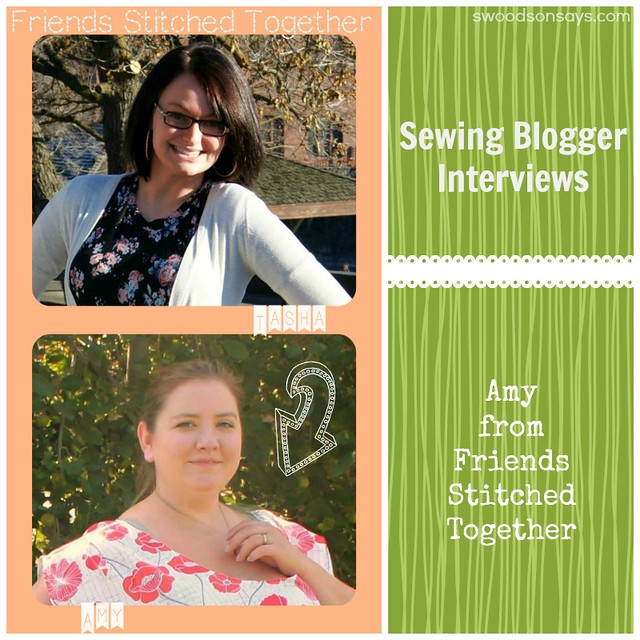 Amy is one half of the blogging team at Friends Stitched Together  and she has become one of my closest blogging friends. She writes with her best friend, Tasha, and shares loads of creative clothes for her kids and herself. I generally tend to prefer fast/fun/easy sews but Amy truly puts so much time and effort in with her creativity, I love seeing how ‘all out’ she goes with things! See what I mean in her Narnia outfits and Edwardian mystery challenge. I adore this little tiger pocket tutorial and need to use it when I’m sewing summer clothes for my kid!

Amy also started CraftingCon with Maegan from Mae & K, and I’m so excited to see it grow over the past year! There are monthly themed competitions and sew alongs; check out the Facebook group and read this post on FST if you want to learn more. I participated in the Star Wars month and love watching the creativity and ‘fan love’ for all the other topics.

In preparation for a mini-maternity leave I asked some of my favorite bloggers to answer a few questions, read on to hear more from Amy!

What are 2 of your favorite posts from your own blog & why?

I think my favorite post is the one I did for the Boy’s Bundle Up Tour last year (Hello, Flyboy!). I was at a point in my blogging where I was feeling like maybe it wasn’t worth it – I was considering quitting. Then I was asked to sew for the tour and the second I saw that bomber jacket pattern, an idea formed in my head and somehow, the whole outfit came out exactly like I wanted! That really gave me the confidence to continue on and I’m so glad I did! 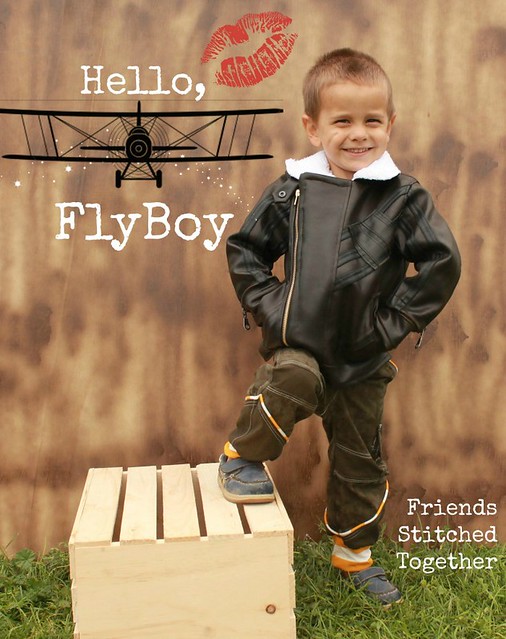 This Halloween, I had a little costume-palooza – I offered to make all the costumes for my nieces and nephew (I ended up making six costumes, plus my own kids’, although I didn’t blog about all of them) which was a leettle crazy, but so fun! Hands down, my favorite was the Um from Umbridge Dress that I shared as part of Stephanie’s Halloween Hacks series. My niece is old enough that she enjoys modeling for the sake of modeling now which makes photoshoots so much easier! And everything about the dress turned out just perfect. I’ve been working with my new Canon Rebel and putting more thought into the composition of my pictures – I think it’s paying off! 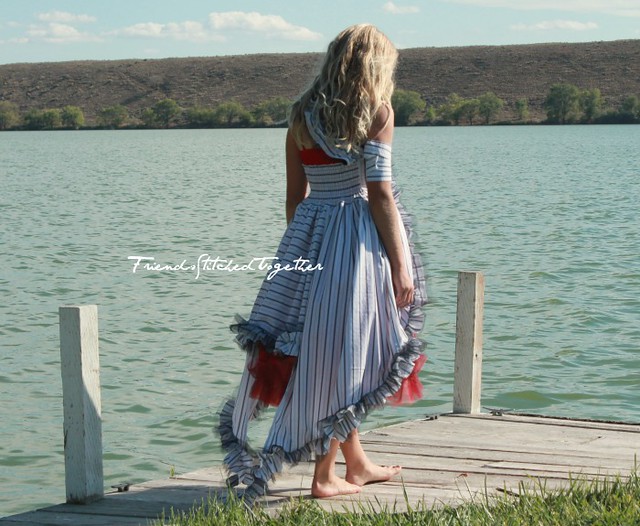 What drives you to create things?

This question… I’ve spent literally days trying to form an answer! I guess it boils down to this: I can’t NOT create things! Seriously, I think the longest I’ve stayed out of my craft room since getting it set up two years ago, was four days when I had my second son. I was sewing to help deal with the contractions until about six hours before he arrived and four days later I was back in there with him in a little sling next to me! I only managed a few minutes and I don’t think I actually accomplished anything other then petting some fabric, but it felt so good to be back behind my machine.

One of my favorite quotes is from the Prydain Chronicles:

“Craftsmanship isn’t like water in an earthen pot, to be taken out by the dipperful until it’s empty. No, the more drawn out, the more remains.”
― Lloyd Alexander, Taran Wanderer

And how true! I know the more time I spend actually creating (and the less time I spend on Pinterest – ha!), the more I want to do and the more project ideas I have! [Stephanie: saying I’m pretty sure I have said exactly this at least 100 times before! Totally agree.]

Do you have any exciting projects, patterns, life changes, and/or blog changes planned for 2015?

I started the Pattern Workshop (Amy’s affiliate link) in December, which is exciting and intimidating and fun and scary all at the same time! I have literally notebooks full of sketches and ideas for patterns and I think it’s about time to start getting them out of my head 🙂 I’ve made several free printables  now and my first “official” pattern will be released next month as part of the Sewing with Boys collection!

Has anything about blogging surprised you?

One is how many real friends I’ve made. There are a few ladies that I talk to literally every day. I know I can rely on them if I need an opinion on a project or a swift kick in the pants to keep working on something instead of giving up! Even though I’m a SAHM, a lot of my “real life” friends either work or just have different schedules, so we don’t get together as often as we would all like. Facebook makes it so much easier to stay connected 😉

Another is how much more confidence I have in myself now! A year ago, I was so nervous to put myself out there and share the things I’d been making with more than just my family. Now, I have no problem going “Yeah, I made this. And it’s pretty awesome!” I spend hours every day on my craft and it’s really nice to be proud of it. I applied for two contributor positions (Sew McCool and So Sew Easy) and was accepted for both. In early 2014, I would have talked myself out of it before my fingers even hit the keys!

The third thing is that I type sooo fast now! My mom (who taught me to type) is so proud 😉 I guess that’s what happens when you basically turn in a writing project two or three times a week! My mother-in-law is one of my biggest supporters when it comes to blogging (and, really, in everything) and she’s always pointing out how much better my writing style and technique is, compared to where it was a few months ago and that it keeps improving. I wrote a lot in high school and it’s nice to have that back.

I really want to try this Inkodye stuff! I do a tooon of painting with freezer paper stencils and I think this might be just as addicting. Now if only the sun would come out and do something about this gloom, I might actually get around to it!

How did you learn to sew?

My mom taught me to sew when I was about twelve. I was homeschooled, so that was my home ec. I sewed and crocheted (my wrists have since given out and I can’t do that any more) through high school (including a pretty epic quilt that failed because I didn’t understand what the different fabrics did and that they wouldn’t work together!) and into my first years of college. I worked as a CNA at a hospital and made my own scrubs to match my quirky sock collection! Every morning when I walked in, our long-term patients would make me stop and pull up my pants legs so they could decide if my top passed muster 🙂

After moving out on my own, I didn’t have a machine, so my sewing skills lapsed. When I got married and then pregnant with my first boy, my mom bought me my own Singer and I quickly remembered why I loved sewing so much! I discovered on-line tutorials and these cool people called “bloggers”, but I never dreamed I’d be one of them! I think if I were to give anyone who had just started sewing a bit of advice, it would be to just keep doing it. I recently found the first tee shirt I made John – it was my first time sewing knits and I attached the collar with a straight stitch! No wonder I had so many issues getting it on/off him! I actually keep it in my craft room now to remind me that there is always something that I don’t know, but can learn. And isn’t that such an adventure?

I wish I’d kept my first sewing projects like she did! One was an awful bag in totally the wrong fabric and another was a headband with the stretch going the wrong way.

Do you have any questions for Amy? Ask them in the comments and I’ll make sure she sees them!