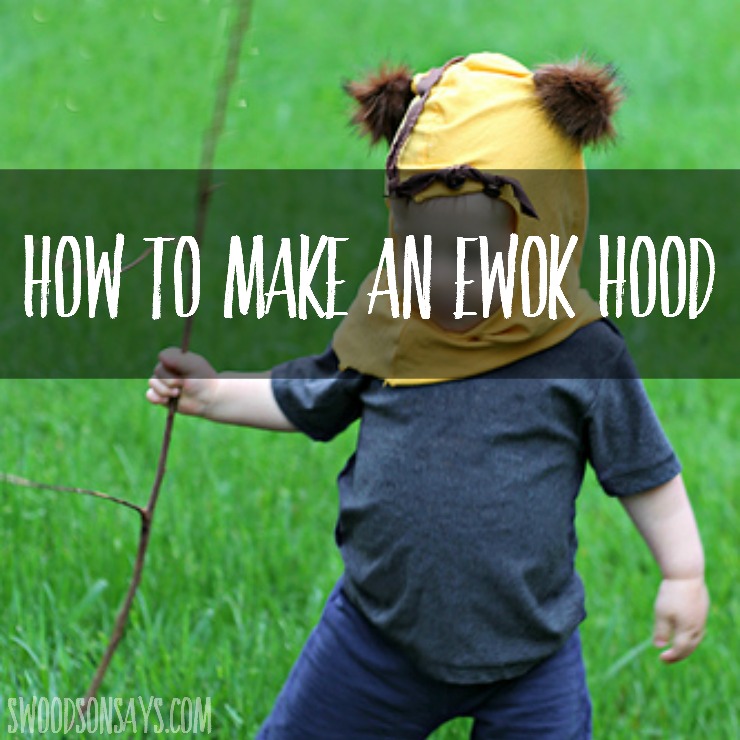 I couldn’t find a good DIY Ewok Costume Hood Tutorial so I figured I’d make one! How to make an ewok hood doesn’t have to be tricky – I worked off a balaclava pattern but you could sketch out a similar shape. Ewoks have long been one of my favorite characters and this is really quick and easy to make.

Brainstorming for this blog tour put me in a Star Wars frame of mind this month – I posted an embroidered Death Star t-shirt a few weeks ago. I wanted to do something for dress-up and immediately started brainstorming for an ewok hood.  I used the Greenstyle Creations Balaclava Pattern* as the base; it was a very quick and easy sew.

I couldn’t bring myself to hand my toddler a stick with a pointy rock tied to the top, so use your imagination! 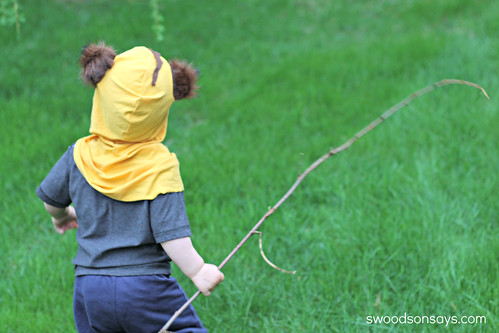 Here are a few up close shots; I initially made it with brown fabric but it looked like a bear mask. 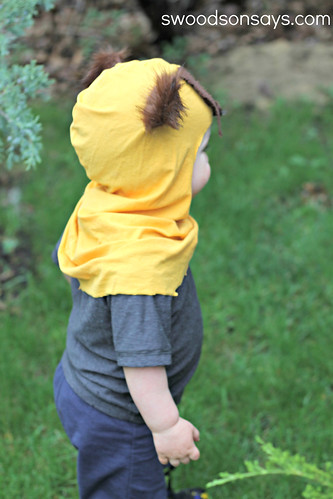 Our beloved dog is a shih tzu mutt, and we’ve long joked that he is an undercover Ewok. 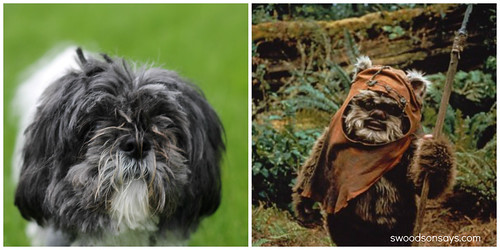 Amazon has a super cute one* that they’ve added since I initially made this, if you read through and decide you don’t have time to DIY!

Ready to make your own? Here’s how:

-1/2 yard of knit fabric (use a ballpoint needle*)

-Buttons or other embellishments

1. Cut 4 ears, making sure the pile of the fur is going down. 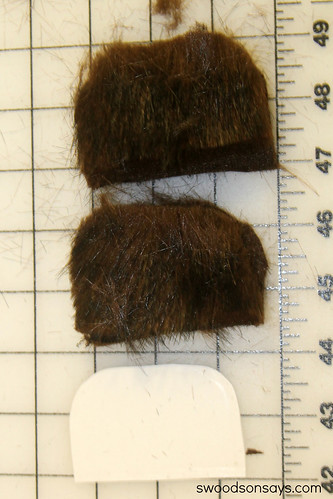 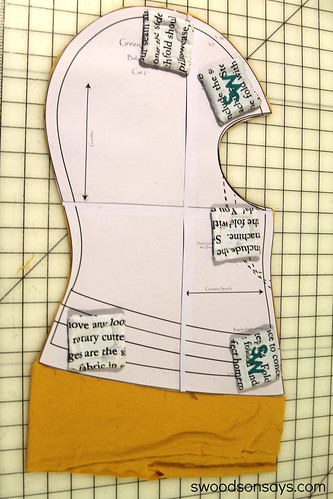 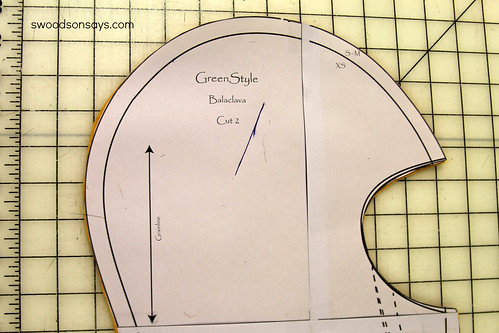 4. Put the ear pieces right sides together (RST) and sew around the edges with 1/4 inch seam allowance. Turn right side out, push out and trim the bottom if uneven. 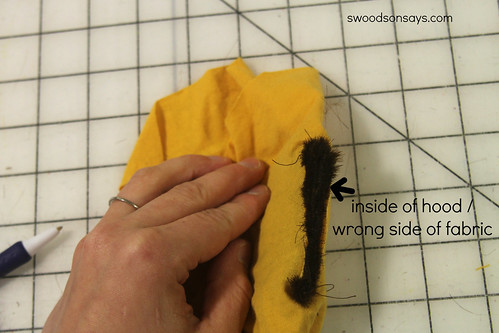 6. Sew the ears in along the edges of the slit.

7.Put both hood pieces RST and sew the back and throat, leaving the eye/face hole open

8. Rip a 12 inch strip from scrap fabric and knit three times, hand-sewing buttons or rocks on. 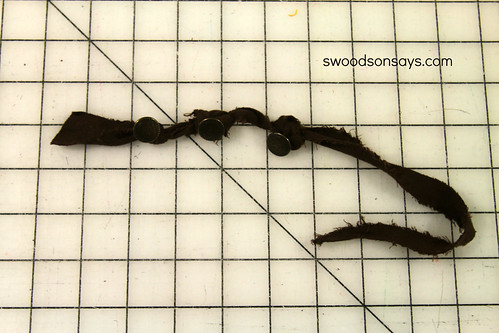 9. Hand sew the strip on to the top of the hood 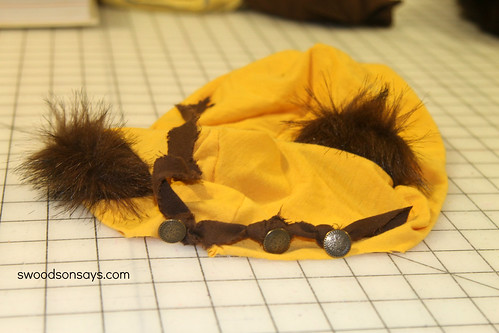 10. Trim the bottom of the hood to be asymmetrical. I tried to make mine jagged! 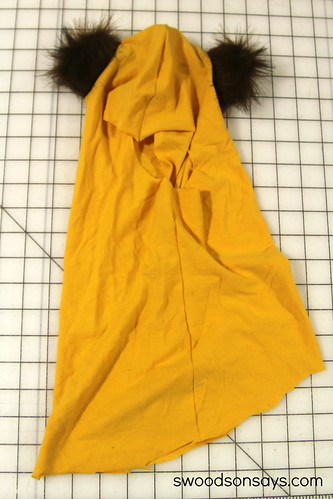 […] hoodie, leggings, maxi skirt, and knit top in addition to using their balaclava pattern as an Ewok hood, an astronaut hood, and as wool winter gear. This shirt was just as easy to put together and sew! […]

Thank you for this!! Made it for my 3 year old in under an hour and it looks great!

Love this! How fun to be able to run around as an Ewok. Great tutorial too!

This is too adorable!!! Great tutorial