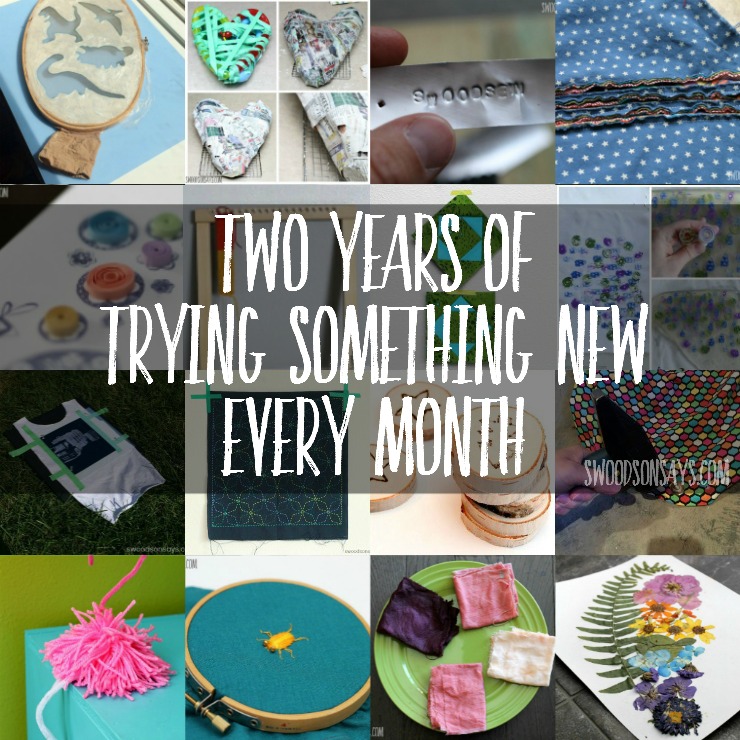 In the winter of 2014, an idea popped into my head, to actually use some of the craft supplies I’d bought and try some of the techniques and crafts that I’d always thought about. I came up with a title, drummed up some interest with fellow bloggers, and dove in! That whole year I just picked things as I went, and a few other people joined in each month. For the next year, 2016, I decided to co-host with Rebecca at Hugs are Fun and we set up some general themes for each month, started a Facebook group, and created a link-up for people to share their work. It has been a fun two years, I’ve used up so many of my things and experimented with a lot of different crafts, and now I’m looking back at 24 different “try something new every month” projects!

If you’re wondering, I do not plan on actively pursuing a third TSNEM year in 2017. I love the project but I think I’d be dragging my heels to come up with something each month that was truly new. My heart wasn’t in it and excited, so I decided to take a break! 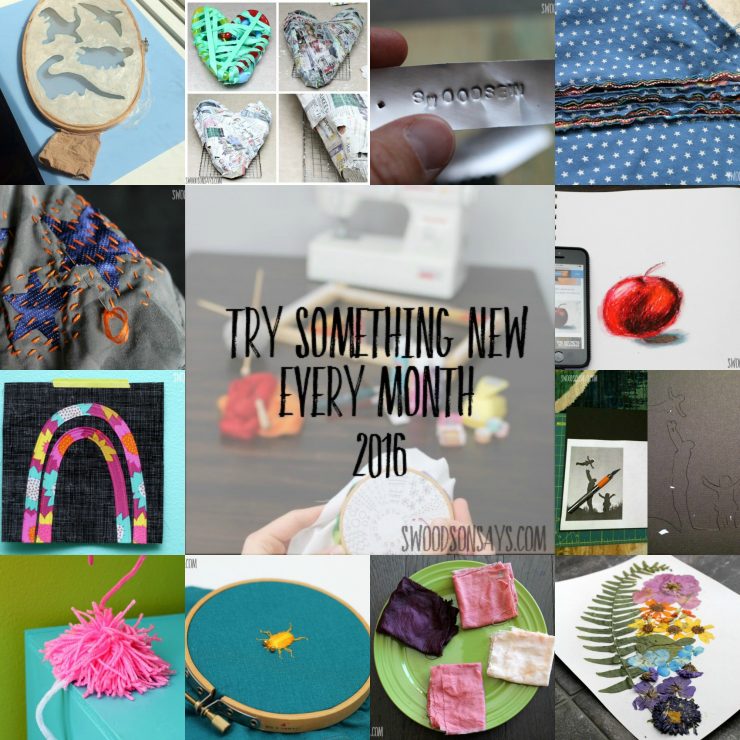 2016 started off really strong, we did regular round-ups and link-ups, until the middle of the year when participation tapered off.

December- Choose your own! (I tried making faux chenille)

2015 was more loosely organized, and my photography was much worse, haha.

That’s a lot of projects! Looking back at both years, I think my favorites were sashiko, flower pressing, and stumpwork embroidery. The one that I’ve continued doing the most and enjoy the most is foundation paper piecing! I’ve done a few english paper piecing projects as well since that very first one. I think the worst failure was probably that pinata. Let me know if you have any ideas for using up more of those long balloons!

I’m really proud that I kept this up for 24 months and thrilled that I tried so many things- I think ideas cross-pollinate and even though my main love will always be sewing (at least for now!), there are all sorts of creative ideas inspired by these other crafts! 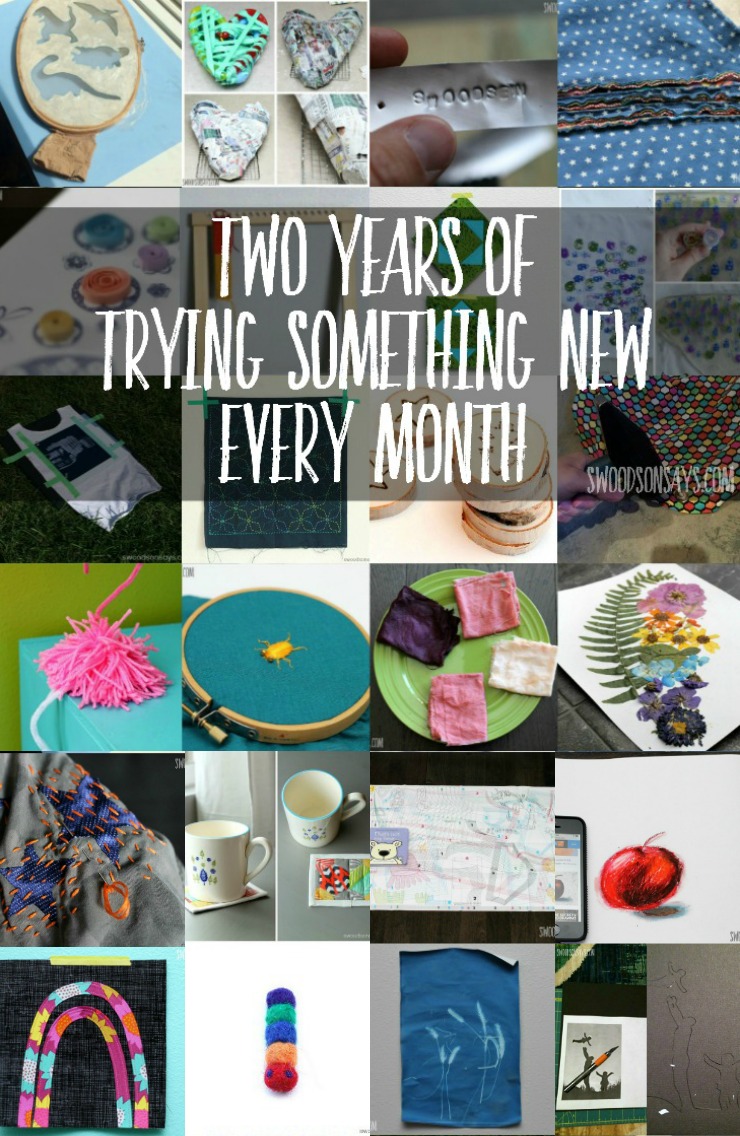